LG TACTICS is a strategy-lite battle card game where you must outmaneuver your opponent to win. It features simple gameplay where you decide which cards to deploy and attack with.

The game is played with a single deck of cards and you can learn the rules in minutes. Players need to Recruit, Deploy and Attack with their cards until only one army remains. You can play against one or more opponents, or even play solo to test your skills. Games take about 15 minutes per person, and 1 - 5 people can play (more if you combine 2 decks).

Game cards feature a single number representing its power level. Some powerful cards have a deploy requirement in order to play onto the battlefield.

TACTICS comes with 72 cards and a rule book in a game box. Cards feature original illustrations in a minimal fantasy silhouette style.

Basic gameplay involves picking up 3 cards, deploying 3 cards to the table, and then attacking with any 3 cards that have been on the table since last turn.

Shuffle the deck and deal 3 cards to each player. Place remaining deck in center and take turns around the table. Discard cards face up in a pile next to the deck.

ON YOUR TURN do these 3 steps:

2. DEPLOY - Play up to 3 cards onto the battlefield.

Cards cannot attack the turn they are deployed. You can use this double row method to help remember which cards can and cannot attack.

For a faster and easier game, Recruit, Deploy and Attack with 2 cards instead of 3. To win, you need cards on the battlefield of matching color that add up to 7 instead of 11.

For Solo Gameplay you will be trying to create as many same colored stacks of 11 as you can before the deck runs out.

Play the game as you normally would but do this during your turn:

This essentially acts as an attack on your cards, slowly chipping away at your advances.

When the deck runs out, you deploy all the possible cards in your hand. After you have deployed all possible cards, count the number of 11-stacks you have created. Check the scores below to see how well you did.

And that's a variation on gameplay that lets you play solo. Also a nice way to organize your cards by color.

Some of you have asked how solo gameplay works so I put together this video to show you. It covers setup, goal overview, gameplay, and win conditions. Many of the concepts and rules in this video carry over to the multi-player version of the game, so this can give insight to that as well.

There are only 4 points of interest on each card. 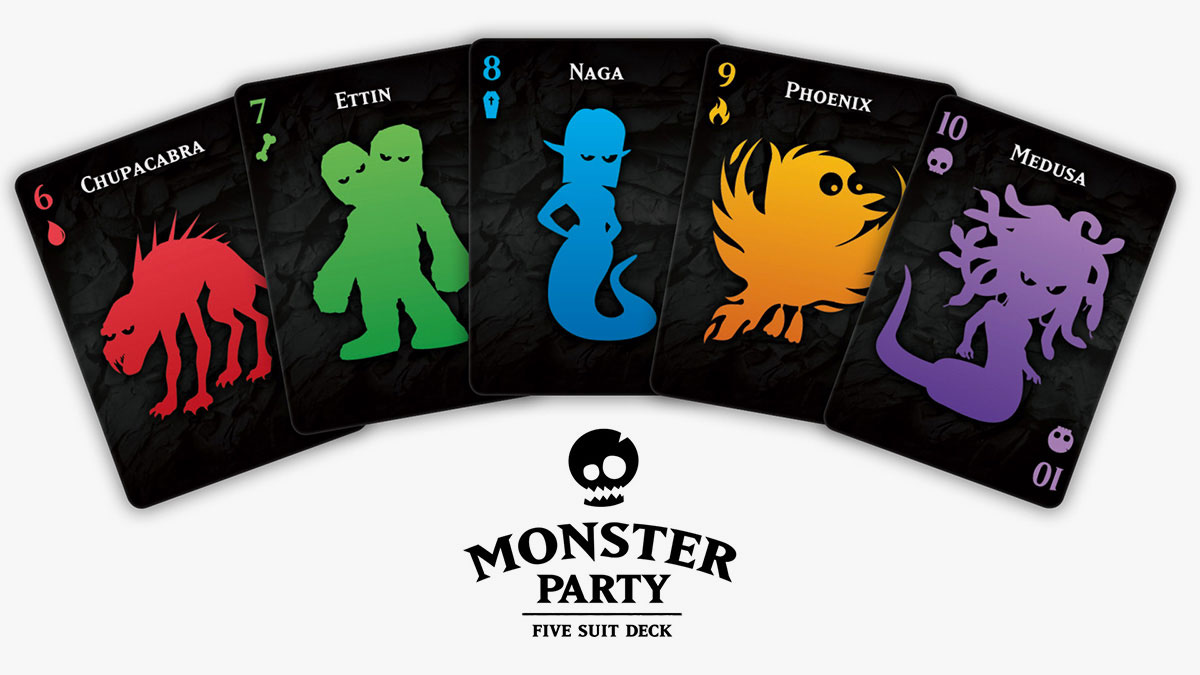 Monster Party Playing Cards were a huge success thanks to all of you!

Signing up will keep you up to date and allow early access to new games.

Your info is safe with us. You will only receive Archimedes Game updates.